Situated on the hills of Sawai Madhopur, the Ranthambore Fort is a daunting fort that is counted among the six World Heritage Sites of Rajasthan as declared by the UNESCO. It has an extremely rich historical background and has witnessed some of the most major historical events that have taken place in Rajasthan. The fort is surrounded by the Ranthambore National Park which had been the hunting arena for the kings of Rajasthan belonging to different dynasties such as the Chauhans, Rajputs etc. 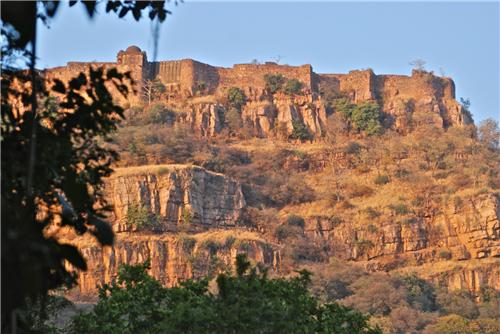 Immediately after it was built, the current Ranthambore Fort was known as Ranastambha or Ranastambhapura. The fortress was constructed in during the 10th century in the year 944 by the Nagil Jats, who are the ancestors of the current Jats which is a part of the Sikh community in our country. This specific clan is said to have descended from Nagavanshi Mahapurush Nagavalok and Raja Veer Singh Nagil was the most revered ruler of this clan whose rule had stretched over a long period starting from the end of the 9th century continuing well into the 10th century.

The entire region of the Ranthambore fort and the national park were ruled by this small group of people referred to as Nagil Jats. Raja Veer Singh Nagil was the first ruler of the clan who actually considered the development of an infrastructure within his state for the benefit of his people. He even had an army of about 30,000 soldiers including cavalry, to safeguard and protect his state. He is said to have laid the base for building the Ranthambore Fort which was finally built by the person next in kin to him.

Within the fort there are Buddhist Stupas, which are said to have been constructed during the 3rd century BC by the Maurya ruler-the great Ashoka who had introduced Buddhism in our country. The inscriptions on these Buddhist stupas or pillars mention the Nagil clan which bears testimony to the fact that the clan existed since the period of the Maurya ruler and were the followers of Buddhism. This clan is mentioned in the inscriptions of the Sanchi Stupa as well, which again is a Buddhist religious monument.

This fort has seen many a fights during the rule of Chauhans during which they had received the support of the Nagil Jats and even won those battles. They had also assisted Bhagabhatta Chauhan against the Muslim invaders. The fort had become the focal point of fight and resistance against the Mughal rulers who were gradually spreading their siege all over India. Govinda Raja Chauhan who was the descendant of the great Prithvi Raja Chauhan had become the protector of the state of Ranthambore and his people as well. The fort was the shelter for the Chauhan ruler and his people. It was also the battleground for all the major fights fought by the rulers of this dynasty. 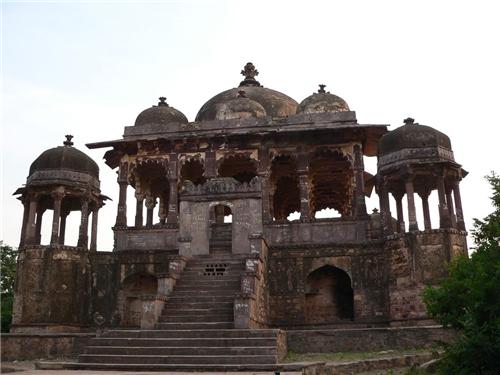 During the 12th century, a tug of war had begun between the Mughal rulers and the Chauhan kings to take over the massive fort of Ranthambore.  It kept being captured and then re-captured, once by the Mughals and then by the Chauhans alternately, but was finally captured by Ala-ud-din Khilji. He ruled the fort for a long time from about 1299 to around 1326, when it was taken over by the Mewar king-Rana Hamir Singh, in association with Rana Kumbha.

Following the death of the successor of Rana Kumbha, who had ruled the fort from 1433-1468 prior to Rana Udai Singh I (1468-1473), the region was passed over to Hada Rajputs from Bundi who ruled until the year of 1532 when Sultan Bahadur Shah had captured the fort again. This was followed by the memorable capture of Akbar of the fort in 1559 which gradually passed on to the Kachwaha Maharaja of Jaipur during the 17th century, when the Mughal Empire had begun to crumble. The fort remained under the king of Jaipur until India received Independence from the British rule in 1947 and in the year 1950, the fort was included into the state of Rajasthan. 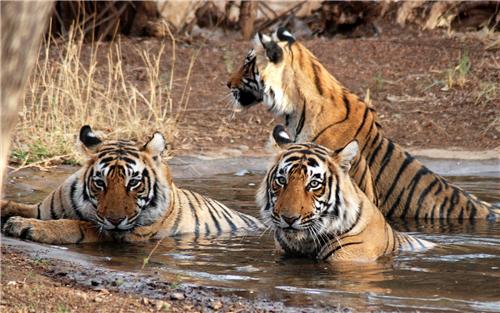 Places to see in Ranthambore Fort

The fort is surrounded by one of the most popular national parks of India. It represents a mix of religious beliefs and cultures as it includes the 3 temples dedicated to Hindu deities like Lord Shiva, Lord Ganesha and Ramlalji, alongside a Jain temple dedicated to Lord Sumatinath and Sambhavanath as well as Buddhist Stupas. Most of these were built during the 12th and 13th centuries by different rulers and the Nagil Jats.

The forts location is extremely beautiful as it is situated on top of hill that is 700 feet higher than ground with greenery all around it. It is among the oldest forts of India with a mammoth entrance gate and therefore has been declared as a heritage site. It is also a popular picnic spot for tourists and locals alike. Even the wildlife is in abundance there, mainly consisting of different breeds of deers and of course Tigers, as it is one of the most well-known Tiger reserves of India, after the Sunderbans.

So try not to visit the fort without a guide or adequate protection and do not disturb the natural balance and decorum of the place in any way.